E-Challan Gujarat: How to Pay & Check Status of Your Traffic Police Challan

A challan is released by the traffic police against someone who is found violating the traffic rules. This official document when issued against a vehicle owner makes him/her accountable to pay a fine. The penalty is decided on the basis of violation done by the person. If the challan is generated through the Electronic Challan System, then it is called e-challan. 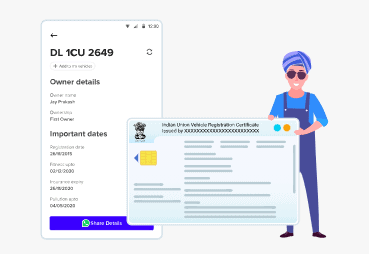 An e-challan is an extraordinary measure utilised by the Government of India to ensure better transparency and smooth services. Learn about how to pay Traffic e-challan online in Gujarat.

The Gujarat Traffic Police has come up with the “Video Integration and StateWide Advanced Security (VISWAS)” under which more than 7,000 CCTV cameras have been fitted at traffic junctions, entry and exit points and other imperative locations in more than 40 cities of this state. By using CCTV surveillance systems, the traffic police are aiming to keep a check on the traffic violations happening on the roads.

The traffic police are using the synchronised system of CCTV surveillance for detecting traffic violations on the roads. The CCTV footage will act as the evidence after which the challan is sent to the violator. Thus, under the “VISWAS” scheme, the traffic police are working towards maintaining an active traffic management system. Using the CCTV feed, the number plate of vehicles can be checked after which the e-challan is issued.

The CCTV cameras established in various tier 2 and tier 3 cities are not regular cameras, instead, they have many features due to which they serve as “pan-tilt-zoom cameras, fixed cameras, automatic number plate recognition cameras and red-light violation detection cameras”. To say it all, the Gujarat Traffic Police has launched “VISWAS” to detect the traffic violations including illegal parking, jumping red light, using a mobile phone while driving, overspeeding a vehicle, etc.

How to Pay e-Challan Online in Gujarat?

From parking your vehicle in an unapproved place to jumping the red light and crossing the maximum speed limit to not carrying DL and RC, all of them are traffic rules violations for which a person is liable to pay a fine. If found guilty, a person will receive an e-challan either on their mobile phone through SMS or at their registered address. It is always a good idea to pay the fine as soon as possible to avoid any legal actions.

Here are the steps you can follow if you wish to make e-challan payment online in Gujarat:

How to Check & Verify Your e-Challan Status Online

In case you have misplaced the e-challan sent to you or deleted the challan SMS received from RTO, you can still get every detail about the traffic challan online. Here are the steps by which you can check and verify the e-challan status online:

Step 4: In case, there’s no fine and e-challan against you, a Challan Not Found’ dialogue box will open

The government of Gujarat has developed an e-challan app for the convenience of the citizens of this state. All you need to download this app on your smartphone after which every detail about the e-challan is available at your fingertips. The Gujarat e-challan app provides complete information and all the details about both paid as well as pending challans. Only people of Rajkot, Ahmedabad, Gandhinagar, Vadodara and Surat can check the details about the traffic e-challan using this application and the remaining cities of Gujarat shall be added soon. Here are some of the features and benefits of this app:

The Government has decided on some traffic police fines against different types of traffic violations for a better implementation of the provisions of the Motor Vehicles Act 1988. According to these penalties, a person is liable to pay a fine depending on the type of violation. It should be noted that if a person is found violating the same traffic rule twice, then the penalties are increased for the same. Here are the penalties for some types of traffic rule violations in Gujarat:

Does Gujarat traffic police use CCTV for traffic challans?

Yes, the Gujarat Traffic Police makes use of CCTV footage to check traffic violations after which the traffic challans are issued. The footage is carefully checked and the police note down the vehicle numbers from it.

Can we show documents in mobile to Gujarat traffic cops?

You can show a digital copy of your documents to the traffic police upon being stopped in Gujarat including the Driving Licence and Registration Certificate.

What if I received a wrong challan by Gujarat Traffic Police?

A person who has received a wrong challan can contact Gujarat Traffic Police’s through helpline number or send an email to them, listing all the information in it. He/she should be able to present all the necessary documents in front of the authorities to dispute a challan.

Can I pay my traffic challan after the due date?

Can I download a copy of my eChallan online?

Any person wanting to download the e-challan can do it from https://echallan.parivahan.gov.in/index/accused-challan. You need to enter either challan number, DL number, or vehicle number on the main page. Enter captcha code after which you get the download link of the challan.
Check e-Challan Details For Free
Download LocoNav App

LocoNav aims to deliver a single platform to run and manage your fleet operations with ease. Our end-to-end solutions ensure that we are with you at every step of the entire fleet management life cycle. From hassle-free commercial vehicle loans, providing the best insurance covers, procuring commercial fleet supplies, connecting you with skilled and verified drivers to a telematics driven tracking ecosystem, we work as a one-stop solution to cater to all your fleet needs.