India’s largest automobile manufacturer on Wednesday said it has launched a turnaround program at its UK-based subsidiary Jaguar Land Rover as it posted its second straight quarterly loss at Rs 1,049 crore for the quarter ended September 30, 2018.

The turnaround program is aimed at achieving a 2.5 billion pound profit besides related cost and cash flow improvements over the next 18 months. It comes just as Tata had completed a similar exercise at its domestic operations in India that turned around as recently as the first quarter. Unfortunately for the company, it coincided with JLR’s profitability coming under pressure largely due to dampened sentiment at China, its largest market, and uncertainty regarding Brexit in the UK.

“The Tata Motors domestic business continued to deliver a strong improvement in operational and financial performance by implementing the Turnaround 2.0 strategy effectively. We have improved our market shares whilst delivering robust improvement in profitability in both the Commercial Vehicles and Passenger Vehicles and generated positive Free Cash flows,” said N Chandrasekaran, chairman, Tata Group. “This strong performance in the face of an intensely competitive market situation augurs well for the future. In JLR, market conditions, particularly in China, have deteriorated further. To weather this volatile external scenario, we have launched a comprehensive turnaround plan to significantly improve our free cash flows and profitability. The leadership team at JLR is in mission mode to achieve the deliverables under this plan. With these concerted actions, we remain committed to delivering an improved all-round performance from H2 FY 19.”

One of the other major highlight during the quarter was the break-even achieved in Tata Motors’s passenger vehicle business in India. It marks a remarkable turnaround in fortunes for a division that at one point in time not long ago used to regularly draw the ire of the investor community.

“Our solid, all-around performance in Q2FY19 has impressively demonstrated that Tata Motors ‘Turnaround 2.0’ is in full swing. The continued improvements were made possible due to a robust product and innovation pipeline, strong market activation, rigorous cost reductions and structural process improvements,” said Guenter Butschek, CEO and MD, Tata Motors. “Most importantly the entire organisation is on its toes and working to embed the Turnaround culture as our new way of life. Therefore, despite near-term market challenges, I am confident that Tata Motors will continue its journey of delivering Consistent, Competitive and Cash Accretive Growth in the coming quarters too.” 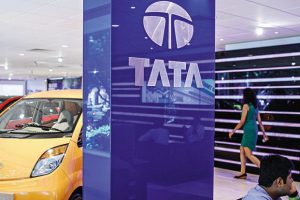 JLR’s poor performance primarily reflected challenging market conditions in China, where demand was adversely impacted by consumer uncertainty following import duty changes and escalating trade tensions with the US. In North America, demand for SUVs remained strong, but overall sales were held back by slowing orders for passenger cars – in line with the market as a whole. In Europe, sales were also affected by continuing weakness in diesel demand and the introduction of new WLTP homologation rules on emissions. UK sales were adversely impacted by diesel taxation and regulations, alongside continuing uncertainty related to Brexit.

“In the latest quarterly period, we continued to see more challenging market conditions. Our results were undermined by slowing demand in China, along with continued uncertainty in Europe over diesel, Brexit and the WLTP changeover,” said Prof. Dr Ralf Speth, Jaguar Land Rover Chief Executive. “Given these challenges, Jaguar Land Rover has launched far-reaching programs to deliver cost and cash flow improvements of 2.5B pounds over the next 18 months. Together with our ongoing product offensive and calibrated investment plans, these efforts will lay the foundations for long-term sustainable growth. We remain focused on delivering improved profitability and cash flow in the second half while pressing ahead with our product offensive.”

One of the primary issues that many supply chain and forklift fleet managers face when...