In a developing country like India, public transportation is used by the majority of the population. There have been several cases where the passenger has suffered a great loss directly or indirectly in public transportation due to lack of fleet features. These features include the safety measures, vehicle tracking systems, GPS, driver monitoring devices and a lot more. Due to lack of such necessary features and directives, there have been some cases have even led to brutal crimes against the passenger.

In the past, we talked about the ultimate guide to AIS-140. Now, we bring to you the answer to the proverbial question: What does the future look like with AIS-140?

In order to maintain the safety of the passenger and look after the management of all public vehicles, the Ministry of Road Transport and Highways implemented an act on 28th November 2016. Following the mandate, ARAI (Automotive Research Association of India) published a set of standards which incorporates installing a vehicle tracking system that has camera surveillance system and an emergency request button as well. This set of standards is called Automotive Industry Standard 140 (AIS-140). 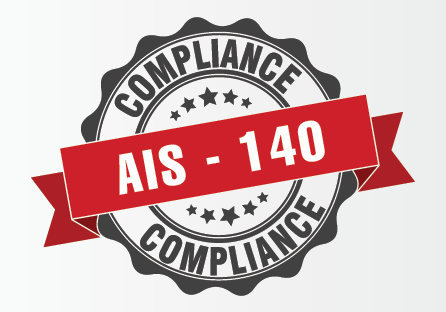 It is the latest and the most advanced Automotive Industry Standard which is introduced to execute enhanced safety features along with assisting the workers. This assistance comes during the vehicle operation by providing the necessary details about their journey.

According to the guidelines of AIS-140 Notifications,

The System level approval along with the vehicle level approval together make up the AIS on ITS (Intelligent Transportation Systems). The system level approval is required to make sure that the current working vehicle is competent in implementing the ITS system. This will ultimately allow the ITS backend infrastructure to grow along with the State Road Transport Undertakings (STUs). This will ensure that not only the new vehicles but all the current working vehicles, which are capable of dealing with the system, are being equipped with the AIS to make the infrastructure more accountable.

Major specifications of the vehicle tracking system under the AIS-140

There are many specifications under the AIS-140, nearly 30 which the GPS system must follow. Below are the important ones: 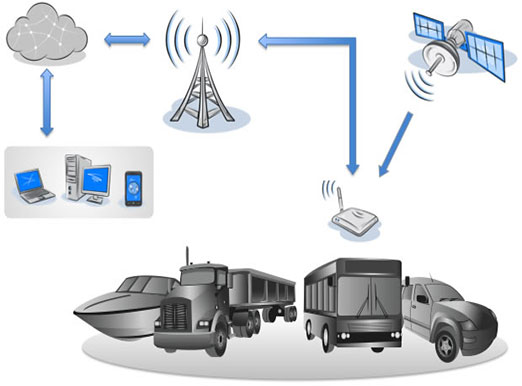 Impact on the industry

Future vehicles will be fitted with all the advanced systems which align with AIS. Along with that, the existing vehicles too will have to be embedded with vehicle tracking systems that meet the AIS-140 specifications. This is the minimum requirement of the AIS. This means that the tracking systems will be required in a large number, therefore the automotive OEMs with the responsible companies should be ready for the supply. 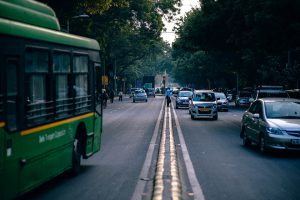 On 28th April 2016, the final satellite of NavIC (previously known as IRNSS or Indian Regional Navigation Satellite System) was launched. According to the DIMTS or the Delhi Integrated Multi-Modal Transit System, the hardware should be compatible with both the GPS as well as the NavIC satellite systems.

Considering the fact that NavIC is India’s own positioning system, the government is putting in efforts to make sure that the industries see the bigger picture. It is encouraging them to come up with innovations such as cost-effective chips and modules which could be adopted with the NavIC system.

The fleet industry is also looking after improving their vehicles’ health monitoring system with the assistance of the automotive solution providers such as PBD Stacks, CAN Stacks and J1939 Stacks. This will further improve the ITS infrastructure and allow it to grow as the AIS principles need a healthy vehicle system to develop and prosper.

In order to let the AIS-140 grow at a good scale, it is important that advanced technologies such as the cloud computing is being implemented. Along with that, there are also issues with cybersecurity and data security that need to be looked into. The government is working towards resolving these as the cloud would not be able to function efficiently if there is a security breach.

There have been suggestions on creating test infrastructures which are capable of managing and maintaining IoT based devices in its STQC (Standardization Testing and Quality Certification) labs. In order to help the system developers deal with the complications, the AISC or Automotive Industry Standards Committee has published a document on ‘‘Data Privacy in Transportation ITS’.

Being the most advanced Automotive Industry Standard, AIS-140 offers many efficient solutions to the common problems suffered by the passengers as well as the operators –

The primary objective of the new standard was to ensure the passenger’s safety through various features such as:

This is to make sure that the rider feels safe during their journey irrespective of the time or place.

As mentioned before, the majority of the population depends on public transportation for their daily travel. AIS-140 has made it possible for them to enjoy their ride with no discomfort due to utilization of modern technology.

Starting with the common details like fuel usage to the complex aspects like engine condition, AIS-140 GPS tracker gives a detailed report to the government operators about their fleet. This helps them to keep it updated with proper timely servicing and thereby, getting the best possible results.

This is perhaps the most advanced feature of the AIS. It records all the data during the operation such as speed, brake duration, overspeeding, idle time and other aspects. This report makes it possible for the authority to predict if the driver is stable or needs counseling. Thus, avoiding any situation of rash driving or possible accidents.

A peek into the future

One must remember that the AIS-140 is only a set of rule or Automotive Standard released by the ARAI. Until and unless it’s effectively implemented and utilized, it’s hardly of any use. 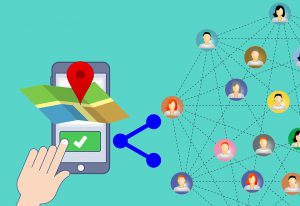 Having said that, people, as well as the government, have realized how badly we need the services which AIS offers. Given the fact that the standard is just a couple of years old, it will still need time to be highly effective at a large scale.

The possibility of AIS-140 is endless due to the rise, adaptation, and implementation of modern technologies. The technologies such as Artificial Intelligence, Internet of Things (IoT), Cloud technology and Machine Learning have a big role to play. If the government is able to incorporate these technologies in the ITS infrastructure, India will experience a completely different form of public transportation on the roads. This will make commute way more secure, convenient, fast and effective for the public.

LocoNav offers your business solutions for Vehicle Monitoring System, Fleet Management Solution and Telematics Device. LocoNav helps you in optimising your operations and business while you focus on the growth of your enterprise!

Quick read: The Indian Commercial Vehicle Industry in Years to Come: A Forecast

Quick read: 5 Things About Telematics You May Not Have Known